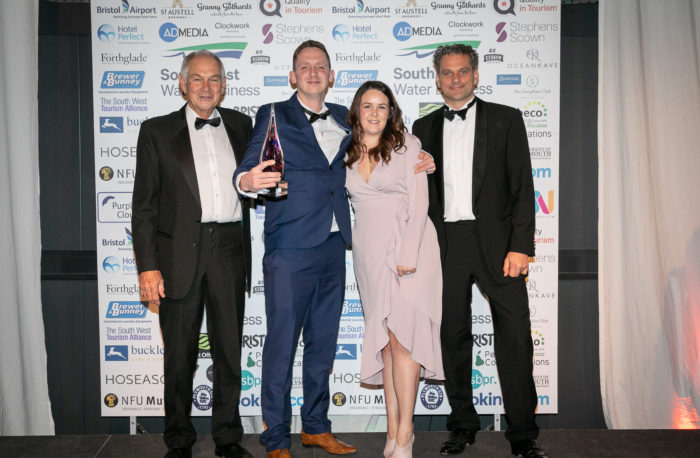 The Cricket Inn, Beesands is celebrating after winning gold at the South West Tourism Awards 2019 in the ‘Pub of the Year’ category.

There was tough competition from The Pandora Inn, Cornwall, which won silver, and The Milbrook Inn, South Pool and The Cross Keys Inn, Somerset who were awarded joint bronze.

The Cricket’s Landlord Nigel Heath said: “We are so delighted to have won yet another award and our third gold in two years. A massive well done to the whole of the Cricket team.”

The judges commented that: ‘The Cricket Inn was an absolute joy from start to finish’.

The award comes just a few months after the pub picked up gold at the Devon Tourism Awards. The team has also retained their AA rosette for 10 years running.

Nearly 400 guests attended the awards ceremony in Bristol, the biggest annual gathering of South West tourism businesses. There were 107 different awards in all following a rigorous judging process in which a record 651 entries were considered.

Located directly on the South West Coast Path just opposite the beach, The Cricket Inn is a popular choice with locals as well as holiday makers. It is renowned for fresh local seafood and the village itself has a strong fishing heritage which is echoed in the pub.